Simulation of neurons and neural circuit 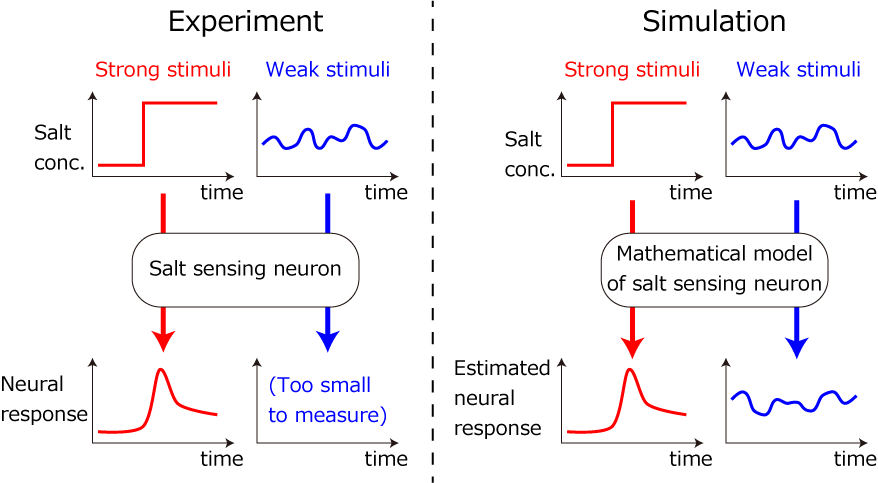 Figure. Estimation of a sensory neuronal respose to weak and gradual stimuli through simulation using a mathematical model.

Many animals including C. elegans sense environmental surroundings by sensory neurons and transmit the information to the downstream neurons. In the downstream there is a neural network composed of multiple neurons and this network recieves the information and generates a behavior. To study how the neural network functions, experiments have been done to ablate individual neurons that constitute the network to intervene the circuit and test the outcome. However, study of network itself have reveal that networks have emergence properties and redundancy. Because of these properties, it is insufficient to manipulate single neurons for understanding the whole circuit. Even such a case, a model which reproduces neural activities can estimate how neurons transmit information in the network and how these information are processed.