Animals inhabit comfortable areas to reproduce. However, as the population increases, they are inclined to disperse. It suggests that animals can predict future food shortage in a dense population and take a risk of leaving, by which they may find plenty of food at a new location and make many offspring (Figure 1). 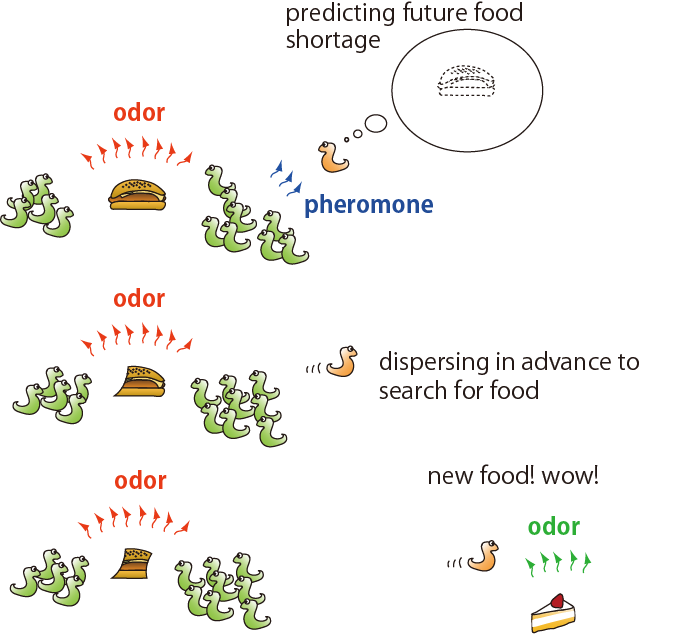 Little has been reported on functions of neural circuits or genetic traits regulating complex instinctive behaviors. We focused on a tiny worm possessing a small number of neurons. Caenorhabditis elegans is attracted to an odor, such as benzaldehyde. However, we recently found that worms avoid the odor after exposure to the odor when they are raised in a crowded medium. We named the change of the behavior “olfactory plasticity”. We hypothesized that the change of worm’s odor-preference plays an important role in the dispersion behavior(Figure 2). 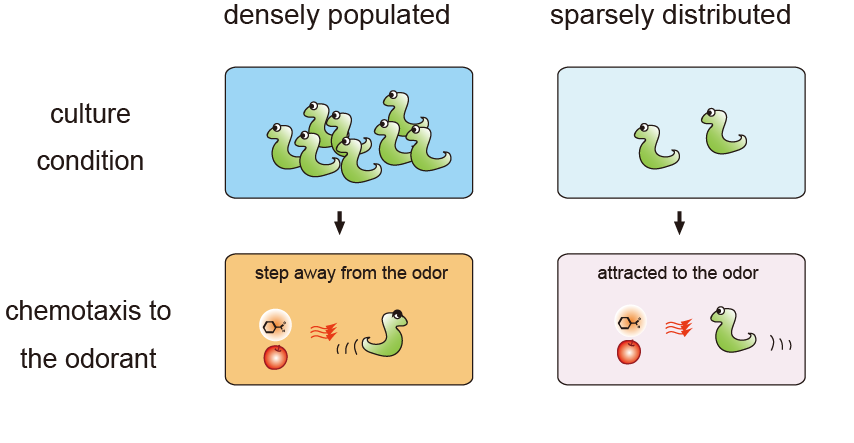 C. elegans secretes pheromones constantly. It is well known that worms detect the concentration of pheromones when they form *dauer larvae. We showed that pheromone is also a key factor for changing worm’s odor preference(1). Forward genetic screening showed 2 notable genes: a neuropeptide gene snet-1 and a peptidase gene nep-2. With SNET-1, worms are attracted to an attractant. The expression of snet-1 is inhibited by pheromones, probably resulting in a decrease of the secreted SNET-1 peptide. SNET-1’s functions may be inhibited by NEP-2 because it probably degrades SNET-1 peptide. Degradation of SNET-1 makes it easy for worms to change their preference of an odor (Figure 3). 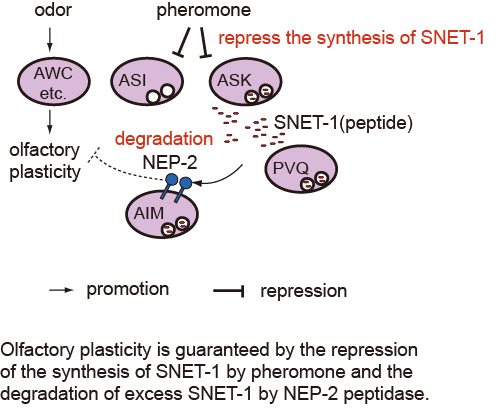 We clarified that worms receive population density of worms by pheromone, and they convert the pheromone signal to the SNET-1 neuropeptide signal, resulting in adjusting their preference of an odor. The molecular mechanism of the complex behavior may contribute to increasing individual worm’s fitness.